Silence and Self-control is non-violence.

( Arittapatti  village is Near Madurai, Tamil Nadu, In India )

Arittapatti was to be a flourishing Jaina centre until the
Ninth century…
This is confirmed by the period rock carving of a seated Tirthankara, canopied by a triple umbrella over his head;

Non-injury to all living beings is the only religion.” (first truth of Jainism) “In happiness and suffering, in joy and grief, we should regard all creatures as we regard our own self, and should therefore refrain from inflicting upon others such injury as would appear undesirable to us if inflicted upon ourselves.”

“This is the quintessence of wisdom; not to kill anything. All breathing, existing, living sentient creatures should not be slain, nor treated with violence, nor abused, nor tormented, nor driven away. This is the pure unchangeable Law. Therefore, cease to injure living things.”

“All living things love their life, desire pleasure and do not like pain; they dislike any injury to themselves; everybody is desirous of life and to every being, his life is very dear.”
Yogashastra (Jain Scripture) (c. 500 BC)” 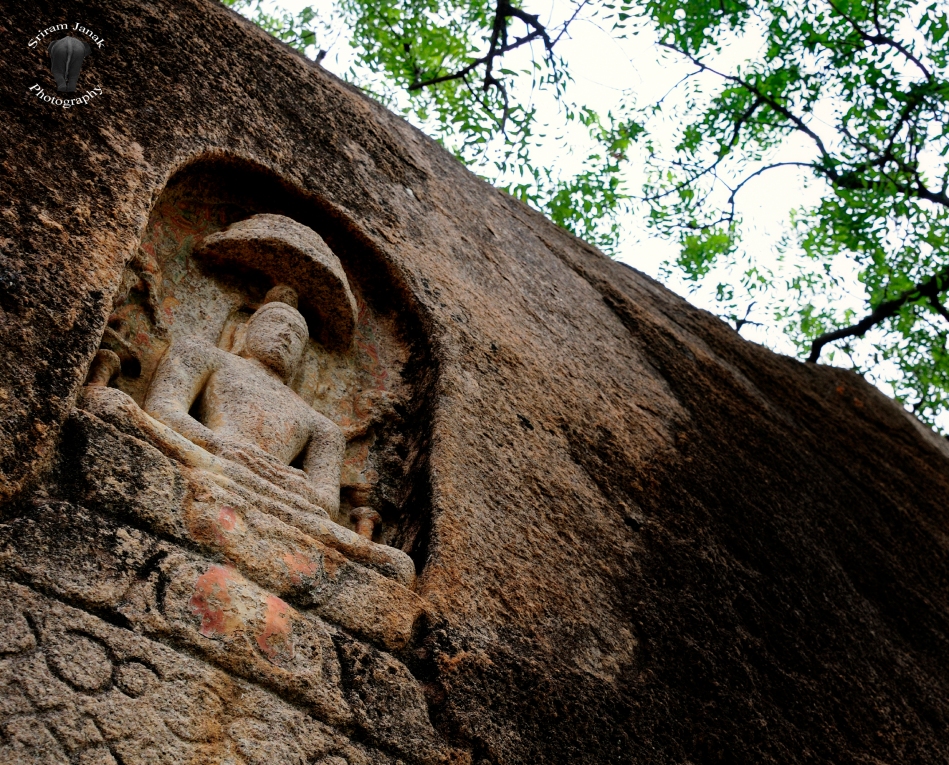 On the eastern face of the hill is a cavern with a drip-ledge cut into the outer face of the rock.

On the brow of the cave is found a Bramhi  inscription which has been dated to between the second and first century B.C.

It means, “Emayavan, son of Mapparavan, chief of Ilanji, has caused the carving of this auspicious cave.” 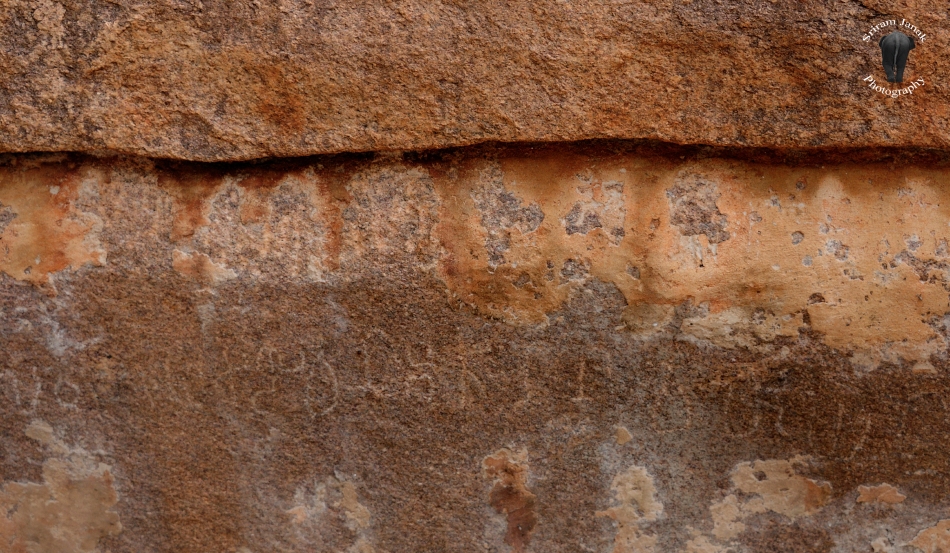 “Mahavira proclaimed in India that religion is a reality and not a mere social convention.

It is really true that salvation can not be had by merely observing external ceremonies.

Religion cannot make any difference between man and man.”

Jain Thirthankara sculpture is carved out with engravings  below.

“We learn from scriptures (Sashtras) and commentaries that Jainism is existing from beginningless time.

This fact is indisputable and free from difference of opinion.

There is much historical evidence on this point.” 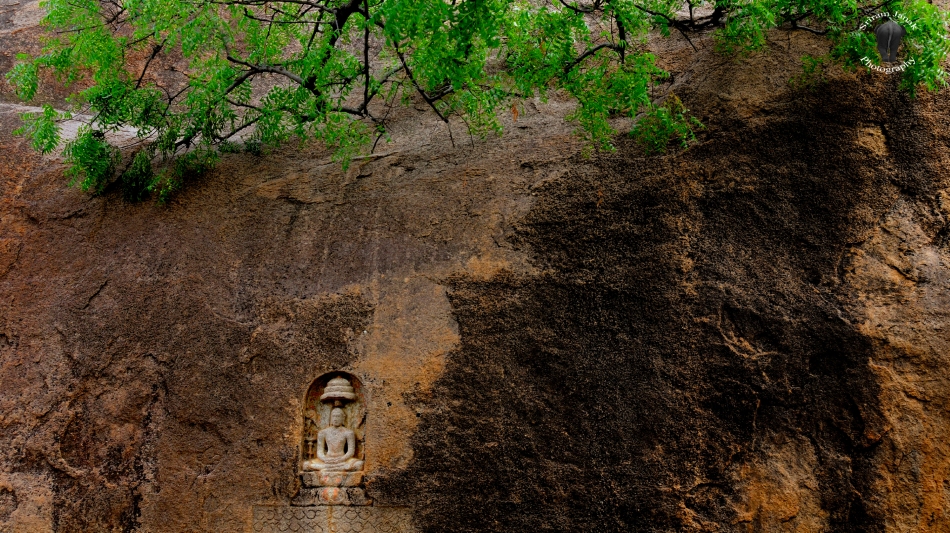 These rocks hide some deep meaning ..

only our eyes need to see  them…

These rocks give you a Religious sense of Awe…

The silence is very real….

You can feel it.. 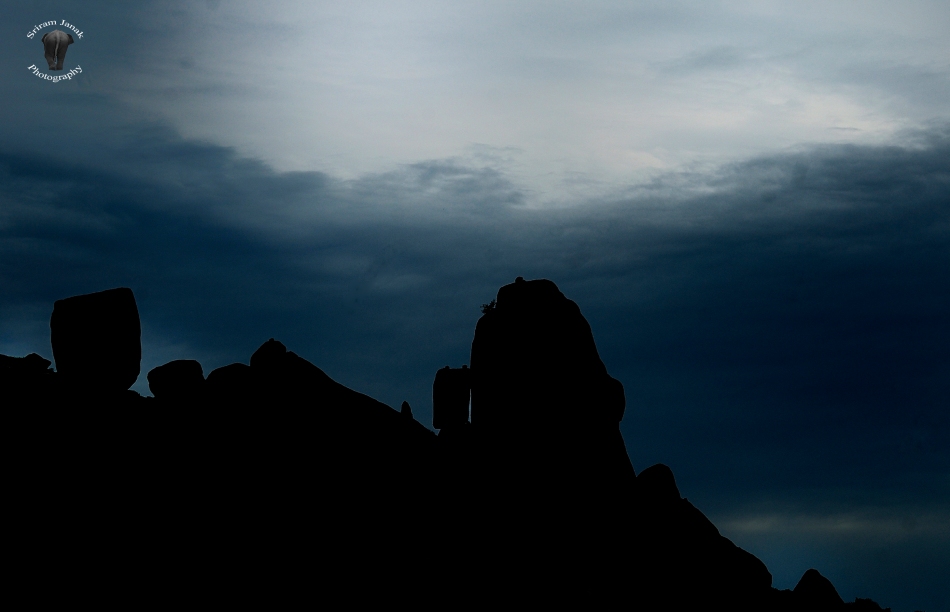 Seemingly close enough to reach out 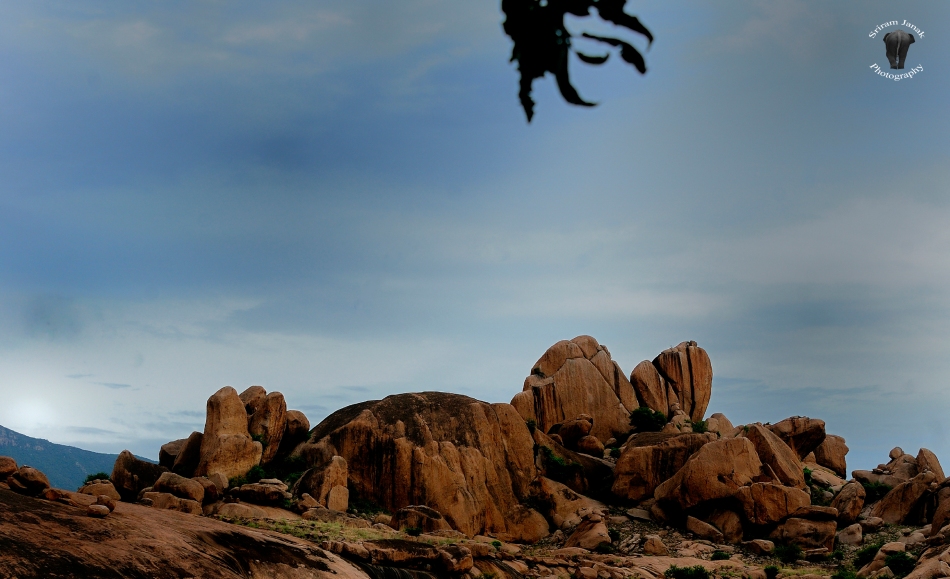 each rock has a story to tell… 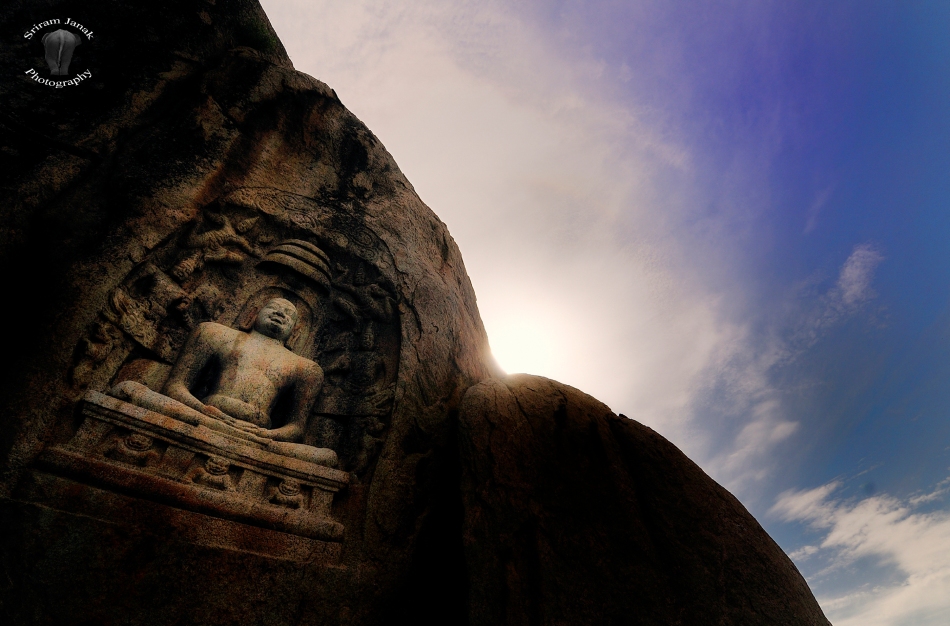 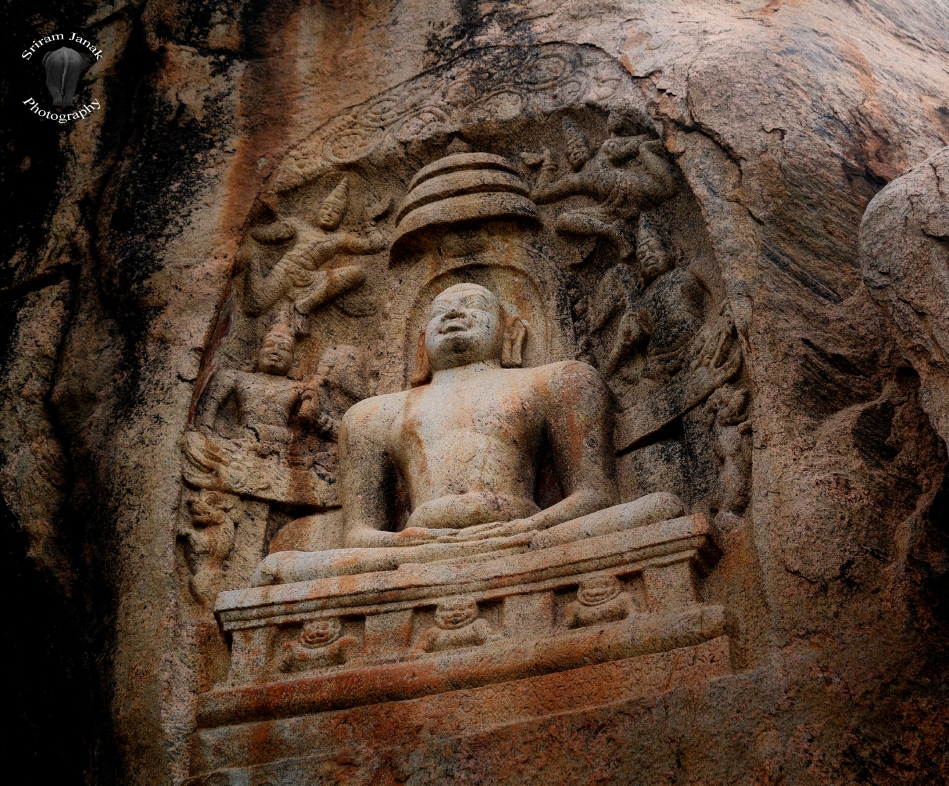 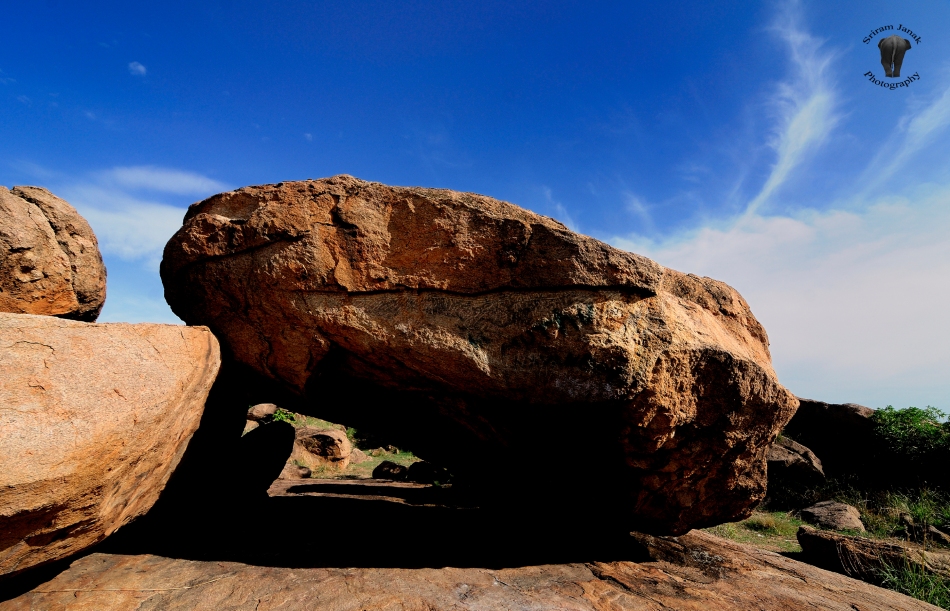 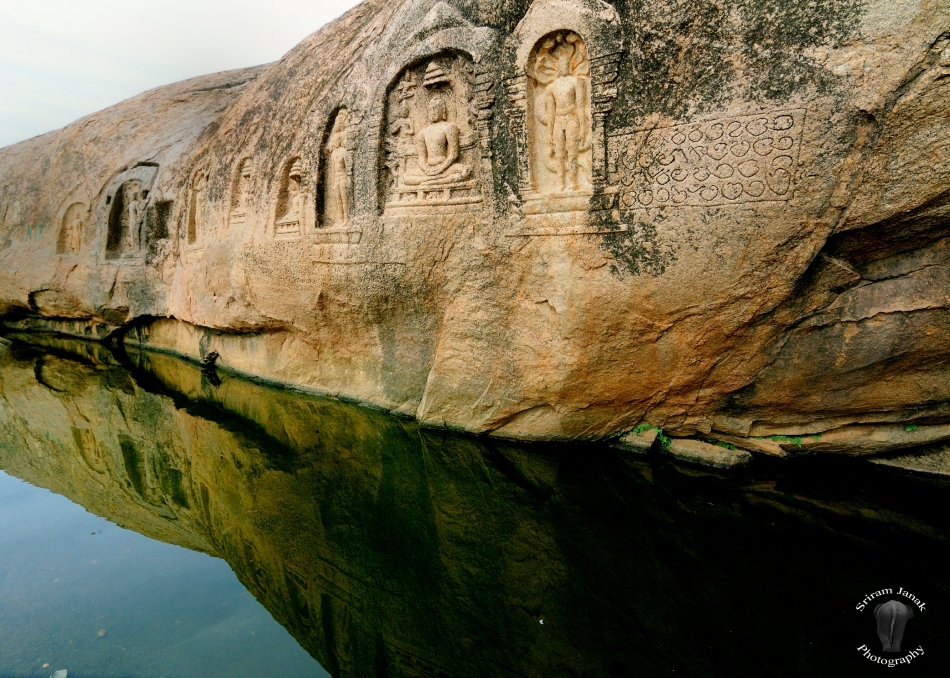 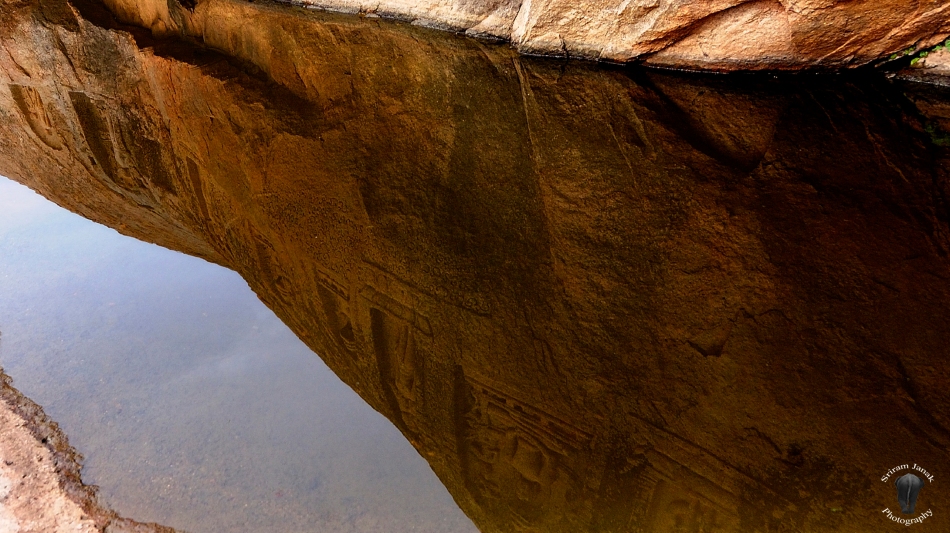 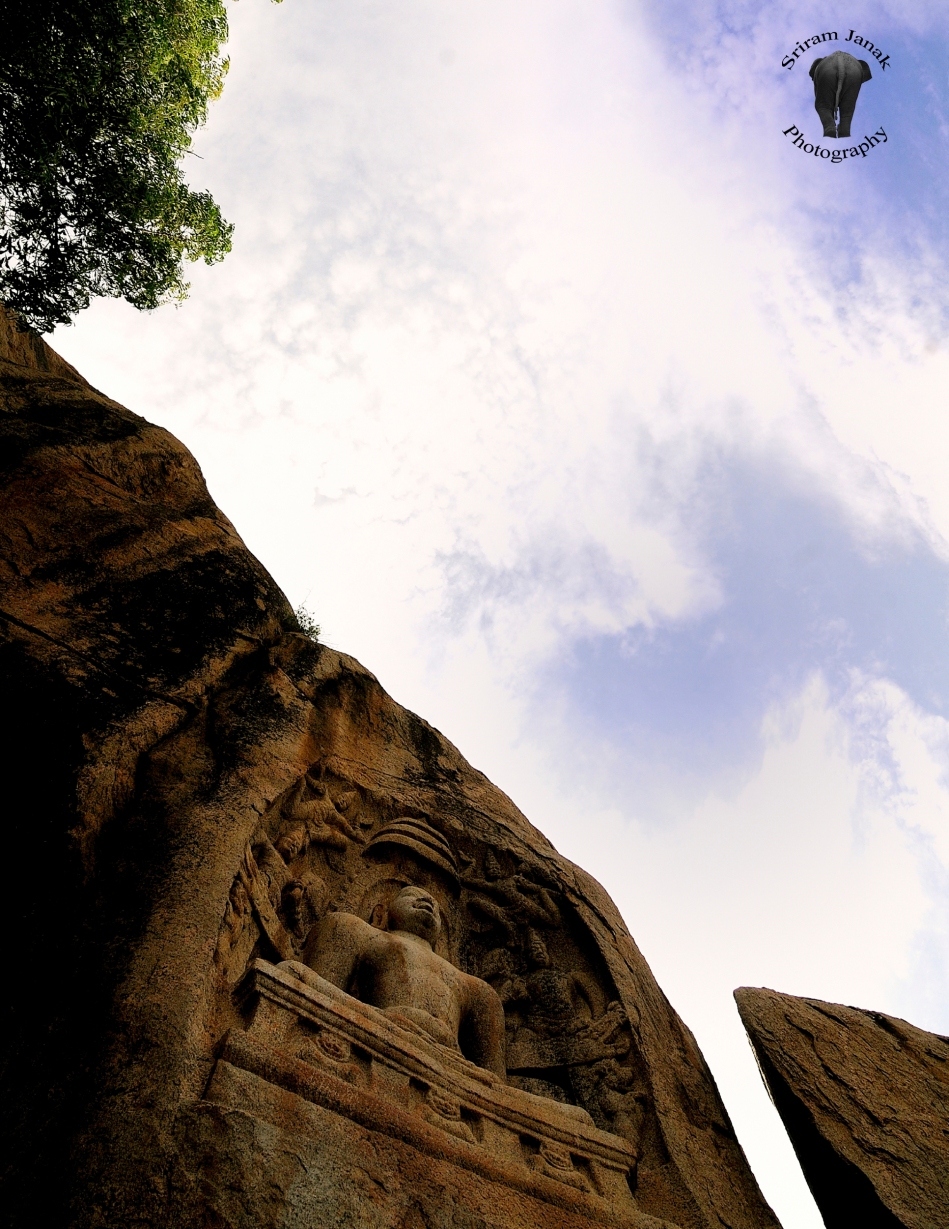